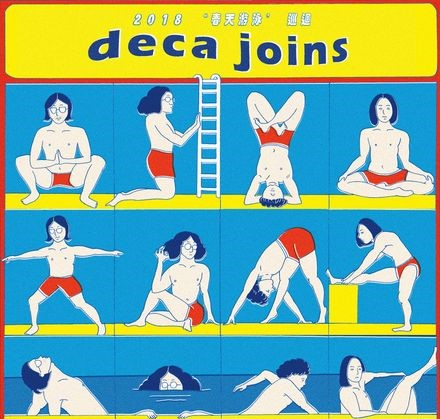 ALL POSTS, chinese, re: views of the world

When I first decided that my Chinese language learning needed a real boost, I didn’t really know where to start. I knew that eventually, I needed to step outside the safe bubble of speaking in the robotic, overly formal way my textbook wanted me to, but I would be lying if I said that delving straight into the rich culture of contemporary Chinese and Taiwanese arts, without any clear direction, wasn’t at least a little intimidating. After many a spotify deep dive and some frankly questionable recommendations from my tutors, I had thoroughly explored the genres of 1930s Shanghai jazz, 京剧 (Beijing opera) and 90s Chinese rock, which boasted classics such as 崔健 (Cui Jian), Tang Dynasty and 黑豹 (Hei Bao). And whilst I’d recommend these on the grounds of cultural significance, they did not quite satisfy my craving for the Chinese language BOPS I so desired.

However, that was until one unassuming morning, when the Chengdu-hailing hip-hop group Higher Brothers resurfaced from the depths of my consciousness. I had heard of them back in 2018 in Taiwan, and found their tunes, such as Made in China and 711 (a dreamy ode to the convenience stores one can find on almost every street corner), intriguing and compelling. Just like Made in China‘s lyrics allude to (using the metaphor of the West’s superiority complex in the face of China’s sheer material power), Higher Brothers are well on their way to dominating international hip-hop game, and they’re definitely not alone. This rediscovery, coupled with spotify’s magic ‘play song radio’ function, was my way in! As a result, I found some real gems, which I’m excited to share with you today. Here are my top 5 fave tunes!

This one really speaks for itself. Hailing from Ya’an, Sichuan province, VaVa (a play on the Chinese 娃娃) takes Sichuan trap to another level with her use of traditional Chinese instruments such as 古筝 (the zither), and even features an extract from the opera 卖水 (Selling Water). And with a name like My New Swag, you know you need not mess. However, its definitely worth noting that VaVa, along with other mainland Chinese pop figures, has spoken out against the pro-democracy protests in Hong Kong, so listen with a pinch (or a scoop) of salt.

Aptly named Waves with its dreamy vocals and layers of atmospheric guitar harmony, this tune from Taipei-based deca joins is a must-listen. Deemed by critics as indie, lo-fi, with perhaps even a splash of breadbin pop, the whole of their 2018 EP Go Slow is easily worth the short, sweet 20 minute venture. Live out your existential crisis to the life-affirming lyrics “今晚的风没有颜色” (the wind tonight has no colour) and “海浪在发愁 不停地退后” (the anxious waves do not stop ebbing).

Ice Paper’s Bloom on the Opposite Shore is named after the Red Spider Lily, but also references the Buddhist concept of the realm above life and death. It is as romantic and lyrical as the name, but perhaps not the monotone, rhythmic vocals, might suggest. The compelling, intoxicating juxtaposition, coupled with haunting backing vocals and poetic lyrics; this song is not one to be overlooked. Can we just take a minute: “海浪的边缘镶满红色的泡沫/ 虽相隔千里但我猜你也见过/ 生命像野草丛生般开始造作” (the edges of the waves are covered with red foam/ although separated by thousands of miles I guess you can see it too/ life is beginning to resemble an overgrown cluster of weeds).

A prominent up-and-coming figure in the new wave of Taiwanese hip-hop, Hsien Ching陳嫺靜 can be characterised by her whimsical, fluid and fresh indie hip-hop/R&B tunes. An all-round cool gal. Would recommend a listen to all three tunes on her 2020 EP Call In 計畫.

Phum Viphurit’s classic bop, with his breezy vocals and wavy guitar sounds, scaled up by the aforementioned Higher Brother’s sweet & spicy bars – what is there NOT to like?! That is all I have to say about that. Have a listen and decide for yourself.

I really have no excuse for this one, it’s not even in Chinese. However, this, my friends, is what we call a REAL BOP. Early 2000s psychedelic pop-punk disco vibes; however you want to describe it, I’m here for it.

And finally, here for your listening pleasure, is my complete, carefully curated (mandarin) Chinese language playlist, here to fulfill all your Taiwanese new-wave hip-hop, Sichuan trap and Beijing indie rock dreams. Whether you’re learning mandarin or not, peruse at your leisure, and pls enjoy!

Disclaimer：all translations are my own, if slightly dodgy, please don’t judge