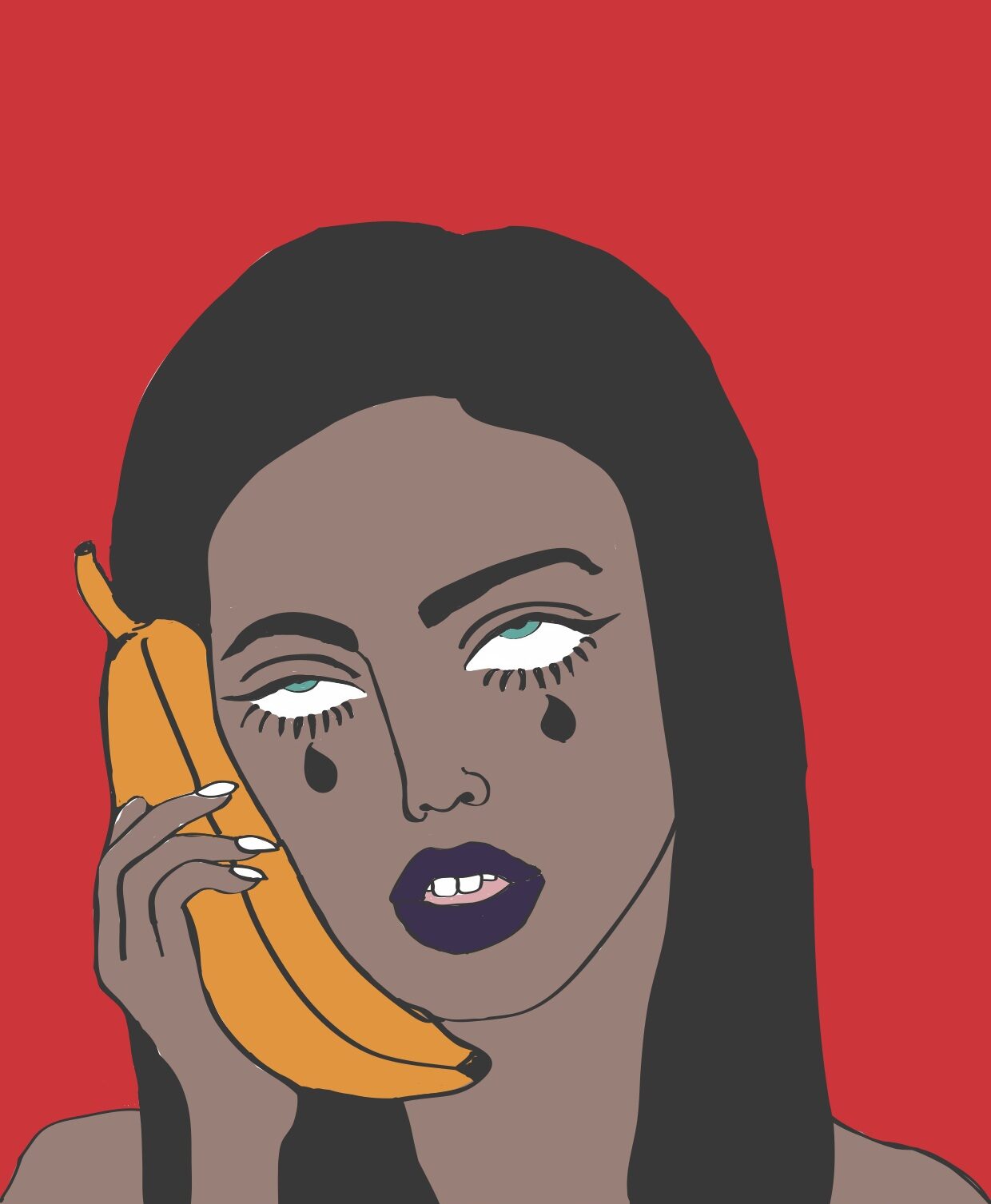 Having been living in Paris for a little while now, I believe that I am in a position to relay the events of one bright morning, in which I, enthusiastic yet nervous French language student, had the most awkward and confusing interaction of my entire human existence on this god forsaken land we call earth. The scars have just about healed and enough time has passed, and I think that I am ready to talk about it as an impartial observer, detached from the emotion of the whole ordeal. Just call me Mel Gibson, baby, cause I’m about to really get into it and exercise my ego complex by forcing you all to come along for the ride!

To set the scene, I have recently moved to France- Paris, to be specific, and mildly irritating, for if you know me, you may not be surprised to hear, for the millionth time that, yes, I do indeed live in Pariee now- and I was getting to know my new surroundings. Now, for some more expositional context, I feel it is pertinent to understanding my extremely fragile state of communicative skills, to know that thanks to that small matter of the world wide pandemic, I had not really practiced speaking French since my university officially decided to abandon all it’s students and make the swift decision to remove it’s glasses, because it had decided it had, indeed, seen enough. That was in March. So, yes, it had been almost 6 months since any formal, good ole fashioned classroom learning had gone down. And when you try to think about all the things that happened 6 months ago, and your mind goes to that blank, desertous plane of absolutely no fucking memory, you can get a pretty accurate representation of my French language skills. Basically, there was not a lot going on up there. And so, I was trepidatious, to say the least, about having to communicate at any basic level in another language, considering the fact that my last two brain cells had last been seen blatantly ignoring governmental guidelines and had in fact jetted off to an all inclusive beach resort in Benidorm.

So, all in all, the language skills were un peu MIA. Nevertheless, I was excited. I had moved to another country, I was ready to take to Paris like Amelie and live in some distorted, Technicolor acid-trip dreamland, and there was nothing that could stop me!

Until that dreaded morning, when I entered a seemingly lovely, expertly rustic, shabby-chic boulangerie, and it happened.

*cue painful pause in which she experiences a tiny, insular death, whilst waiting an eternity for the woman to respond*

ruthless cashier : pardon, madame? *she speaks with a clipped voice, eyes vacant, no discernible signs of a benevolent life force living behind that dead pan stare*

I am floundering, very abruptly sliding into foreign territory. Wait, did I say that right? Sweat pours onto my face, seeping out from under my non-ironic beret and into my pleading eyes. I try to blink it away, subtly, calmly. I try to conjure my inner French cool girl -let’s call her Camille- and I desperately try not to appear as though I am having an aneurysm in the middle of this nice, artisinal bakery. Did I pronounce it all wrong? Did I even speak French at all? Jesus Christ, maybe it’s the breton t-shirt- or the garlic necklace – maybe that’s why this French bread keeper has gone all weird and evil eyed. She thinks I’m appropriating French culture, she thinks it’s all a joke. Maybe that’s why she’s staring at me like I have just marched into her place of work, completely naked, and proceeded to lick every conceivable surface with a freakishly long lizard tongue.

[ the ‘French student’, clearly an impostor, pulls it together long enough to repeat previous statement. Although, given panic-stricken and over all sweaty state, it does come out rather loud, and really quite manically aggressive- ]

merciless gate keeper of the baguettes : ….

[Madames et Monsieurs, put your hands together and let us once again welcome to the stage, for it’s most painful and renowned encore yet: the awkward silence]

*cue rambunctious, and rather sexually-charged (we are in Paris, after all) applause*

You would think, that being faced with this haunting lack of response for the second time in precisely two minutes, I would be better equipped to deal with it in a somewhat calm and dignified fashion. However, that cool, chic French chick, Camille, must be buried waaaaaaay deep down, because she has officially peaced the fuck out. Seriously, she must be mining for gold, digging to reach Down Under, panning for oil, because she is absolutely no where to be seen.

And so it becomes suddenly, horrifyingly apparent. My inner Camille, the effortlessly cool and dashing Frenchie, has clearly been knitted into oblivion by the sheer force and surprising agility of my other, more forceful and undeniably omnipotent inner spirit. Aka. Agnes, the 65 year old English biddy, who has not changed the calendar since 1983 and still calls her friends from Bingo on ‘the landline’. How can I possibly convey to this Cerberous who guards the gate to the bread, that the battle for my inner soul has just been won by the likes of Agnes? Not to mention the fact that she exhibited some rather savage behaviour by brutally destroying my fictitious alter-ego, Camille, skewering her like a kabab with number 8 knitting needles. And so I stand, overcome by my inability to explain, and forced into the polite smile which I hope will end this awful silence.

Thus, in this intransgressible silence that had come to settle over the boulangerie, and in which the baguette woman has not blinked, not even once, it is here that I undergo what can only be described as a full spiritual and corporeal metamorphosis.

Perhaps, I can only truly convey the gravity of this pivotal moment through common allegory. And so, for your reading pleasure and in the hopes of personal enlightenment, I shall use the Kübler-Ross model, which postulates a series of five particular emotional states experienced by the affected individual (that’s me) in times of great strife and emotional distress (that’s the current baguette situation).

No, no, no, no, no, no, no, no, no, no. Non.
This is not happening right now. This is all a big, fat, hilarious prank. She’s messing with me. She understands, of course she does, of course! This is all a game, like some kind of fucked up test I had no idea about- hahaha! Very good, hats off to you, madame! Well played- you almost had me there, HA HA. This is all a little blague, she knows that I only want a bit of bread, right? I’m Jean Val Jean for christ’s sake! I’m not looking to steal it, I just want to pay the fine lady for her wares and get on with my baguette-filled day. Just a baguette, that’s all I asked for, just-

-I JUST WANTED A BAGUETTE! AND NOW ALL I’VE GOT IS A FRENCH LADY WATCHING ME HAVE AN EXISTENTIAL CRISIS – AND ALL OVER A BLOODY BAGUETTE. I AM FEELING SO MUCH UNBRIDLED ANGER RIGHT NOW (AND DON’T YOU DARE SAY I AM JUST HANGRY) I SWEAR TO GOD-

-please God, dear Lord, all I ask is for you to grant me this one, small, teeny tiny wish. Sorry, yes, yes you’re right. You’re not a genie, I get it, but please, I just want this meager loaf of bread. I’ll do anything! I’ll- I’ll- give up cheese! Yes, I’ll give up cheese- in fact, I’ll go vegan completely! No more dairy for me, no siree, no –

OK, OK. So I guess these are the pitfalls of being in a foreign land full of delicious cheese and bread accoutrements. At some point, it’s inevitable that one must interact and put those ‘intensive’ university language lessons to the test. And of course, it doesn’t always go smoothly. Sometimes your basic levels of human communication will be tested, and your inner Agnes may very well be dredged, knitting and all, from the depths of your being, to shatter any and all grand illusions of ‘blending in’ or ‘assimilating’. And that’s OK.*

It’s all part of the language learning process. You’re going to feel silly and inadequate. It will be a struggle and a true challenge, but the rewards are plentiful! I promise you, in no time at all Camille will have bludgeoned Agnes to death with a croissant, and at last you will be free to be the sexy French dame you were born to be!

So, for now, take every experience as it comes and just be patient. Fluency comes with effort and the bravery of putting yourself out there for even the most basic interactions. And with this experience, you can rest assured that this is just the beginning of many, many more embarrassing and confusing conversations that you will no doubt suffer through, all in the name of self-improvement. You know, those times when you get chatting to someone, a conversation in which you think you’re bonding by complaining about the metro (the favourite French past time) when in actuality, someone is asking you, rather brusquely, to MOVE OUT OF THE WAY, because you’re blocking the exit doors. But trust me, in time your confidence will grow as your language skills get better and better. And, in the meantime, why not ask Agnes to please pop the kettle on, love? I could really do with a cuppa after the day I’ve had…

*Surprise! Here’s when I hit you with the sneaky 6th member of the band formally know as Kübler-Ross’ 5 stages of grief…

So, turns out that this whole baguette debacle (baguettegate2020) was not so much a miscommunication as I had initially thought, but more a matter of cultural ignorance on my part. My French fairy godmother (yes, that is indeed her government name) gently informed me, after a 20 minute rant (see! I really am becoming une vraie française!), that the problem stemmed, not from my French language skills (those were, of course, flawless- as I had expected) but instead from the fact that I had unwittingly become Rude English Public Enemy Number 1, by entering the shop without saying Bonjour. Apparently, the French are not like us English heathens, and so the key to a polite, successful interaction when entering any place of commerce is to say ‘Bonjour!’. Maybe add a Madame, or Monsieur if you’re feeling extra saucy.

Anyway, the moral of the story is always say Hello, and you should be golden. In light of this information, I will now proceed to present to you a dramatic reconstruction of the events in question, as they should have gone down, had I not been such an ignorant Agnes.

[ Briá, who now goes by Camille de la France, enters elegantly, yet extremely respectfully. Such is her altruistic nature, she halts even in her highly chic ways to hold open the door for a young, dashing chap, who stares spellbound at this glorious creature before him, instantly falling head over heels in love with this door–opening goddess. But never mind that. Briá – I mean, Camille de la France, takes no notice. There is business to attend to. Serious. Bread. Business. ]