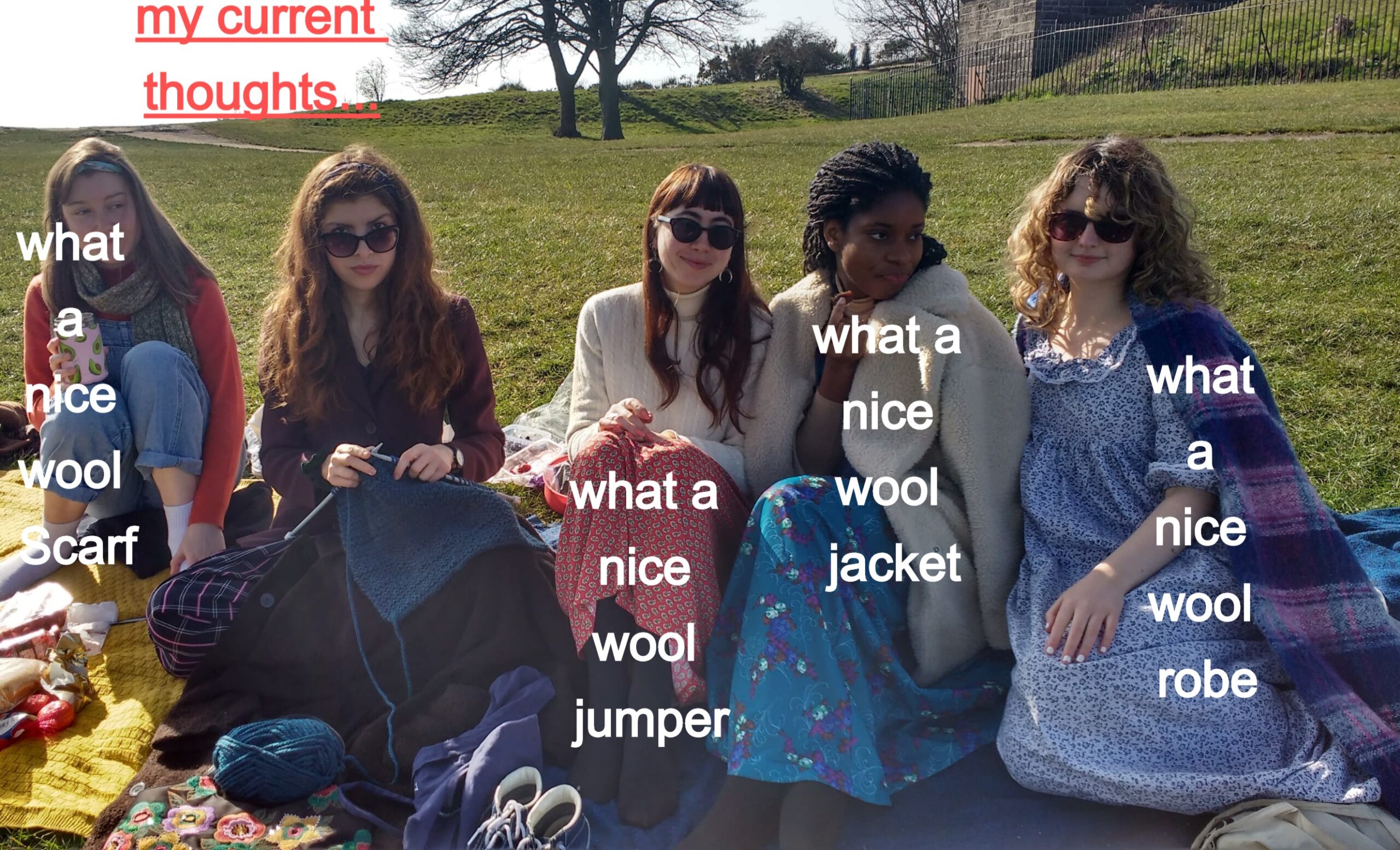 Sofi’s guide to $elf i$olation: one stitch at a time

I didn’t make the connection in my head when I was sat cross-legged on the living room floor. The simple skill I was about to learn would actually change my life. Not only would it divert my childlike attention for the next 5 minutes… it would genuinely equip me for a global pandemic and an indefinite period of $elf- i$olation. Pretty convenient, actually.

So there I was, minding my own business on the living room floor. Ayelen was trying patiently to teach me how to knit. And I was struggling to follow the basic steps, tongue poking out of my mouth in concentration. She was a star.“You have to hook that bit round. Yeah and. Almost. Um OKay. Try from this angle?.” Three days later and quarantine was declared: the whole country was on lock-down. $elf-i$olation or nothing, I still wanted to leave the flat but #StayTheFuckAtHome was now trending on twitter. A real shame, I sighed, and I took to knitting in the corner, left alone with my memories of happier times (like when I was trying to get #BorisJohnsonHasNits trending a few days earlier- fat chance I had now)

Knitting quickly became my only means of coping with the unravelling ball (pardon me) of chaos… it made me feel like I had a grip on things. Yeah, in London my parents were running of basic necessities and my school friends were having to use their feminine ways to score bog roll in the shops. But did any of that really matter now? I was in my country retreat in Scotland and, and not to #humblebrag or anything, I was getting pretty fucking good at knitting. It was the first thing I did in the morning and the last thing I thought about at night. In fact, I stopped counting sheep to get to sleep. I was counting balls of wool- straight form the source. That brings me on to my concern about my rapidly decreasing wool stockpile, but we aren’t going to get into that now. Hopefully by the time my scarf is finished, the summer weather outside will render it obsolete. But hopefully quarantine doesn’t last that long.

Jokes aside, in these challenging times, its important we all make time for our small projects. Seriously, I’m grateful to be part of a tight knit group of friends, who are generous with their pearls of wisdom. Thanks guys, we can get through this, one stitch at a time, with shear determination…
Stay tuned for more fun tips on Sofi’s guide to $elf-i$olation
Darn it…almost forgot…. I promise to use less hashtags next time if you sponsor my go.fund.me … currently trying to manifest some navy/cobalt chunky hemp #premiumwool for my next project.