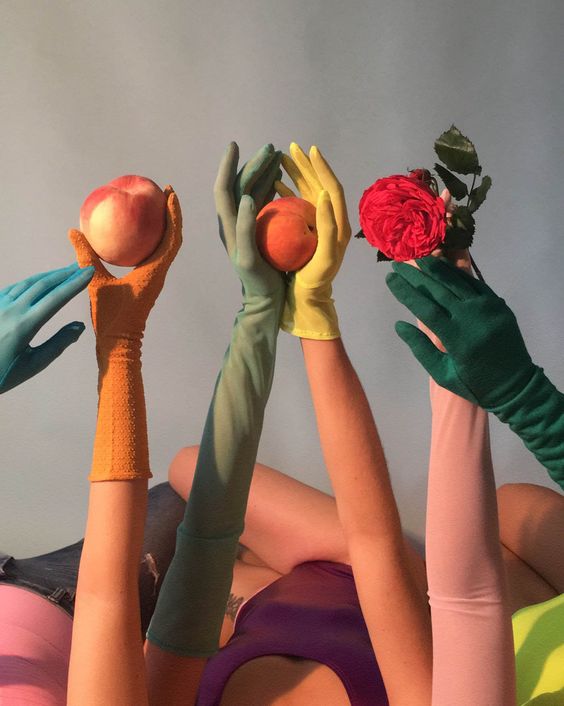 ALL POSTS, thinking ahead

Soph’s post-breakup path to self discovery

Here we are at last. At the realisation that nothing lasts forever, that the pure, unbridled joy that comes with the fulfilment of romantic love is, by definition, only temporary. And when it does end, the bitterness of abandoned promises and pain of loss makes it ALMOST not worth it in the first place, right? You guessed it, this gal just went through her first (real) break-up. And is trying REALLY hard to turn it into a life affirming, self-growth opportunity just like her friends promise it will be. But sometimes you just have to wallow. After spending the past week of my life as a self-proclaimed “messy blob of feelings”, I’m finally ready to recount the events and rollercoaster of emotions that have really thrown a spanner in the works of my naive world-view that everything always works out easily, and you don’t have to go through anything unpleasant in order to become a better person.

Maybe a little context would help. After spending from between the ages of 16 and 19 in a relationship with a “high-school sweetheart” who would be better labelled as a childhood friend, the latter year of which was spent long-distance at our separate universities, ya girl was DONE with romantic relationships. I experienced first hand what an unhealthy attachment feels like, the unique sense of pain that comes with outgrowing someone who symbolises a significant period of your life, and the frustration of staying in a relationship with someone you’re not in love with. The ever wise-beyond-her-years Vale told me an Italian saying which translates along the lines of “is it love, or habit?” and this was definitely the latter. After many a pep-talk from the incredibly strong, independent women I’m lucky enough to be surrounded by (and happen to co-own this blog with), I ended things. And not a second too soon. It really is magic, the clarity and disillusionment that comes with hindsight. After the realisation that I had allowed this boy to leech off my resources and self-growth, made me feel guilty and inadequate for being myself, and absolutely did NOT treat me with the respect and love I deserved, I was horrified. I was the ULTIMATE guilty feminist. I swore to dedicate the next chapter of my life purely to myself and my female friendships. I even went as far as one evening, the light of a full moon shining down on our East Preston Street living room, dressed all in white and surrounded by my girls, renouncing all men by means of spell-casting and witchcraft (sometimes things like this are necessary).

But then, everything changed. By complete chance, and at pretty bad timing, I fell completely head over heels. It was a whirlwind romance that I was to come to think of as the most romantic thing that had ever happened to anyone. Over the next eight months, I was to completely let my guard down, be vulnerable, make rash decisions and let someone I’d known less than a year so far into my life and my soul that disentangling would seem nearly impossible. This was a completely new experience for me. I finally understood what the fuss was all about, and how the world throughout the ages has been built upon love, with it inspiring humanity’s great discoveries, wars, works of literature and art. As ridiculous as it may sound in retrospect, I genuinely thought I had, at age 20, found my soulmate. And I maybe still do think that. I can’t really put into words the joys and passions of that time and so I’ll spare you the details, but I think you get my point. It was an epiphany; it taught me so much about the nature of life and love, and I also learnt so much about myself. But alas, as I had known in the back of my mind from the very beginning, it was just not our time. And who knows what the future holds; at least at this point in time (one week post-breakup; it’s been a rollercoaster), I feel that a part of me will always hope that we may one day find our way back to each other. But enough of the daydreaming about “fate” and “meant to be”. I’ve been watching too much Jane the Virgin.

And so, I arrived in Edinburgh, ready to begin my next chapter of lockdown (yes, we’re still in the midst of a global pandemic), and began the process of moving into my little New Town studio flat, when suddenly, my world came crashing down around me. And now, for (hopefully) comedic effect, I will recount the tragic events following *the conversation*.

*She switches the shower on, sobbing loudly. The faint thought that her neighbours might think someone is being murdered with the racket she’s making enters her mind, but she doesn’t care at this point. To her horror, she sees that the shower is filling up with water *

Sophie: (already soaked and very upset) No, no no, noo. Please noooo.

*Sophie takes apart the shower drain to no avail. She decides to do what she always does when being an adult gets too overwhelming. She picks up her phone from its precarious spot on the sink*

Sophie: (wailing at this point) I just wanted to take a shower but now my shower is blocked and I can’t take a shower and I NEED a shower

Sophie’s dad: Oh no Soph, are you upset about your shower?

It was a low point. As you can maybe imagine, the conversation that followed was heartbreaking, life-affirming, and full of the fatherly love that sometimes (most of the time) really just is the best medicine. And also full of blocked-drain recommendations.

The following morning, I bravely headed out to Tesco’s. There’s nothing like the post-breakup thrill of buying yourself fancy Maldon sea salt flakes (Lidl table salt who?) and a bottle of Mr Muscle. It was in those twenty minutes that I first really felt okay with being on my own. Maybe it was the anticipation of the feeling of accomplishment when I unblocked my first drain. Maybe it was excitement about planning where to strategically place, in order to show off, my ridiculously aesthetic new box of salt. It was fleeting, and I will not lie, the rest of the day I spent crying on the phone to my mum or crying cuddled up to my friends (or crying on the phone to my therapist… you get the picture) but it was the first step in what I have come to realise will be a long process of healing.

The following week involved long chats on the phone with my Nanna, whose bottomless wisdom I don’t know how I would live without, and getting stuck into Wild Swans by Jung Chang, because nothing puts things into perspective quite like learning about the struggles of women in 20th century China. Finishing the 700 page epic in record time, as I had become attached to it as my sole purpose in life, as one does when needing a distraction, I learned another lesson in setting small, achievable goals as a path to finding purpose when your world is suddenly flipped upside down. Other coping mechanisms include baking sourdough (yes, that bandwagon), and collating aesthetic pictures of fruit on pinterest that ‘really speak to me’. If there’s nothing else this time has made me realise, its that I can go through loss and heartbreak, but I am still capable, I still have goals, and I can still appreciate the little beauties of life, like a particularly fragrant honeysuckle bush on a walk in the forest, or a cat on the street that wants to make friends. I think an important step in healing is realising that despite the hurt, you’re no less worthy of these things.

Now if you’re not sick of the cheesiness just yet, there’s one last thing I want to say. I could not be more grateful to my wonderful friends. You are such role models to me, and your love has been literally the glue holding me together through this. I hope my humble musings on life provided some insight, or at least a little entertainment in these strange times. I will leave you with the wise, wise words of Dionne Warwick, which I probably should have heeded in the first place.

What do you get when you fall in love?

You only get lies and pain and sorrow

So, for at least until tomorrow,

2 thoughts on “Soph’s post-breakup path to self discovery”