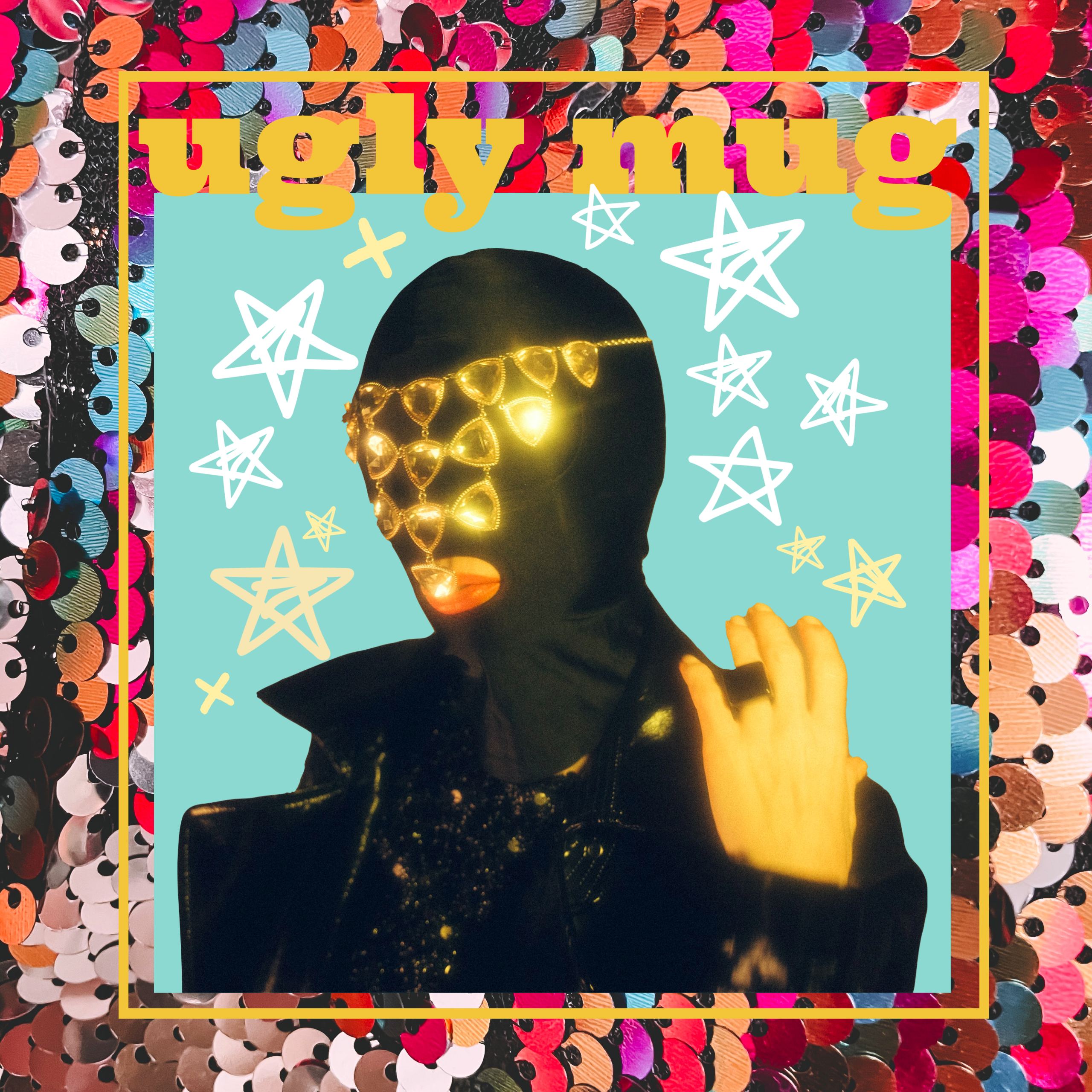 Pussy Riot and the Rise of Post-Pandemic Head Wear

As spring arrives and our hopes for a summer that does not so accurately resemble The Yellow Wallpaper begin to secretly bloom, I am finding myself more often than not, drifting off into escapist google searches. Procrastination, some may call it, but I prefer to view it as positive manifestation. As far as coping goes, I think this is a pretty solid strategy. Looking at pictures of sun-swept islands in southern Italy really is a much more substantial and spiritually rewarding use of my time. These days I can usually be located in my bedroom, trying not to overhear my flatmates get it on through the paper thin walls, and pondering one of the most pertinent philosophical debates to have come out of this pandemic : when this is all over, what the fuck are we all going to wear?

Obviously, it all comes down to fashion. Because I have a sneaky feeling that once the masks are out and the opposing hemispheres of our face are allowed to reunite in the public domain, something strange is going to happen. Despite the generally agreed upon loathing for the enforced nature of mask-fashion, which is continuously cramping my style in a major way – wearing hats has just become impossible at this point – I do believe that the mask will make it’s way back. But this time, make it FASHION. Humans are creatures of habit. We may hate to admit it, but I feel compelled to state the obvious. This current disdain will not endure. Once we are no longer forced to wear them, we will run, kicking and screaming, to get the latest Off-White proto-skate hybrid balaclava mask, that all the coolest 15 year-old social media stars are hyping. Much like the education system, we spend the first 14 years trying desperately to escape those prison-like fences, and then once we are finally set free, a large majority of us, struck deaf, dumb and blind by what can only be described as Stockholm syndrome and an ever-present fear of living forever in our parent’s house, come crawling back and pay well over 9K for the privilege.

Masks have, and always will be, the most elegant and obtusely startling way to let the world know that you are a dangerous and highly superior fashion entity. People the world over, for centuries and centuries, have been using masks – elaborate headpieces, gigantic hats, even good ol’ fashioned balaclavas – to make a statement. Masks are punk. Masks are political. Masks are the solution to every bad hair day that has ever existed since the dawn of time. Masks conceal and cause confusion. Function or fashion? Both? Neither? It’s all a bit fucking Shakespearean, if you ask me.

When pondering the viability of sexy, post-pandemic headwear, Pussy Riot seemed the most logical point of reference. Poised with an anarchist arch of rage, the Russian feminist punk group, Pussy Riot, fight the oppressive powers that be, provoking outrage and uproar for their political and artistic acts of protest. Their masks are like armour; protective and aggressive, unified yet distinct. Whilst their aims may call to higher issues, it is clear to me that fashion cannot be discounted from the effect that Pussy Riot have. Personally, I refuse to live in a world which refuses to acknowledge the fact that Pussy Riot hails from a punk rock vision, and it simply cannot be an accident that those balaclavas are colour coordinated. They planned that shit. They had a vision. To appear anonymous, united, and like the most badass group of militant feminist Teletubies that you have ever had the pleasure of seeing.

It is a strange sensation indeed, to acknowledge the fact that masks have become our reality. I am so used to the image of a face obscured by the sanitary blue surgical mask, that it is now the sight of eyes accompanied in broad daylight by a nose and mouth, that truly freaks me out. Masks have become blasé, banal, something entirely dystopian and a symbol of the surreal reality we are living through. And in a strange way, in these strange, strange times, they are reassuring. They bring drama and intrigue to our now quite monotonous daily lives. I have now adapted, evolved if you will. No longer are the men I spy on the metro being objectified for their facial features, but instead for the less-appreciated and previously over-looked aspects of the human form. I have developed quite an eye for the humble leg. Who needs to ogle over a well defined jawline, when there is a perfectly well-defined calf sitting across from you on the metro?

A mediation on masks may feel premature. But why deny the power of fashion to reclaim even the most awful of collective past trauma? Like it does most things, fashion will eventually usurp all pretense of practicality and will come to redefine the memories of life in a lockdown state. I hate to break it to you, but fashion cares not for the whims of it’s masses. Whether you care to admit it or not, masks will eventually make their way back around – this time, bigger and better than ever. So don’t spend too much time thinking about the perfect way to debut your new face to a mask-less world, because chances are you’ll rock up to the party the only one with any visible facial features at all.

In lieu of freaking you all out further, I thought it would be more beneficial to prepare for the inevitable, and provide you with a manual of sorts, outlining the many weird and wonderful artists who knew that 2021 really would be the year of the mask.

You couldn’t get more Bahaus kid prodegé than Antwerp designer, Manon Kündig. And by that, I mean, you wish you could look this much like a magical Belgian vegetable patch. So stop whatever face-revealing get-up you are planning to disgrace our eyes with post-pandemic, and get yourself some cabbage print silk scarves to cover up that face. Of course, beauty is in the eye of the beholder- but since I am the only truly qualified beholder, I suggest you take inspiration from Kündig’s multi-textile approach to ‘offline mode’ and get with the fucking program. The Babushka look has had it’s day, but it ain’t done yet. Don’t be surprised to spot your most elegant and attractive friends sporting this mother Hubbard look when the sun is out and the parks are rammed with ridiculous numbers of naked faces, hoping to even out their tacky pandemic eye-tan.

Inspired by an insane medley of cultural scenes – from old Baroque romanticism, to macho Lucha Libre, to contemporary gender performance politics – Turkish designer, Koral Sagular, knows what the fuck is up, and how to make it look good with a red leather jockstrap. Think Catholic counter-reform courtier goes to Berghain in the year 1999. This is the kind of kinky headgear that your techno-loving ex-communist parents wore back in the day. But given a regal, quasi-Satanic, ‘must bare my naked torso’ update. This one will say that you are highly prone to aggressive luchadore outbursts in small, confined spaces, but are incredibly adept in the forgotten art of theorbo playing. I would recommend wearing this genre of freaky headgear to a post-pandemic family gathering, during which the extended family members, who have not seen you since you were a child, will ask your parents why they felt it appropriate to bring their BDSM sex-mule to Grandad’s belated birthday party?

Judging from the fact that the artist is a man who asserts that,

‘the highest act of creation is the construction of the self’

I think it’s time for us all to abandon this hopeless endeavor that is attempting to craft any kind of personality, and just crochet a freaky as fuck, alien puppet balaclava. Watch any videos of Aldo Lanzini explaining the creative process behind his Surrealist masks, and you too will believe in the existence of extraterrestrial life beyond reaches of this realm. There are all sorts of clever themes at play in Lanzini’s intuitive approach to textiles, and considering the fact that the man has discarded any semblance of protocol or planning, instead plowing on through, straight to the creative process itself, I’d say that Pussy Riot would approve. Don’t be fooled by the ‘my nana hates me and so knitted this ‘hat’ as a ‘gift’ for me last Christmas’ vibes – these psychedelic constructions would be more suited to a clandestine post-punk club night, hosted by your kookiest frenemies, over at the School of Art and Design. DIY is in this millennium, so don’t go making a fucking fool of yourself by appearing, post-pandemic, without a deconstructed knit balaclava covering the entire circumference of your head. Wouldn’t want to return to life as normal, only to be shunned back inside due to the egregious visibility of your face, now would we?

If you haven’t made a successful career out of your extremely raunchy London nightclub, and/or have yet to exhibit your performance art piece in which you give birth to your own wife, and/or been the naked muse for Lucien Freud, then what the fuck have you been doing? Why wear clothes, when you can wear art? And why expose your crusty sun-deprived face to the newly liberated world, when you can deck yourself out in a bedazzled gimp-esque pilot mask and look positively dazzling doing so? Leigh Bowery was an icon of gender-bending, genre-breaking fashion looks back in the 80s – when fashion was art, and art was sex, and dressing up in audacious, outrageous looks was a prerogative to having a good time. Now, I’m not saying you must stage a performative birthing of your current partner/ friend/ domesticated family pet. I am, however, insisting that you collect every pair of polka dot tights you ever owned, and begin fashioning yourself a nifty little balaclava. This post-pandemic look may be best enjoyed with an assortment of feather boas, python skin gloves and a sturdy Minsk Air Defense military helmet.

Did you watch Midsommer during cosy lockdown and now are in urgent need of some authentic Scandi, folk-horror get up to help you embrace your new life as cult member number 5? Don’t worry, I thought this might happen. Look no further than London-based, Norweigan artist, Magnhild Kennedy, who works under the saucy pseudonym : Damselfrau. If you happen to possess any one of the following – style, class, a raging desire to commit international bank robberies and inspire a terrifying following of mad teen feminists – then, this is the freedom fashion statement you have been waiting for. Mysterious, whimsical and the only viable way to express to the world that you have, in fact, founded a specialist yurt community in the Austrian hills, Damselfrau’s haunting masks will do the job.