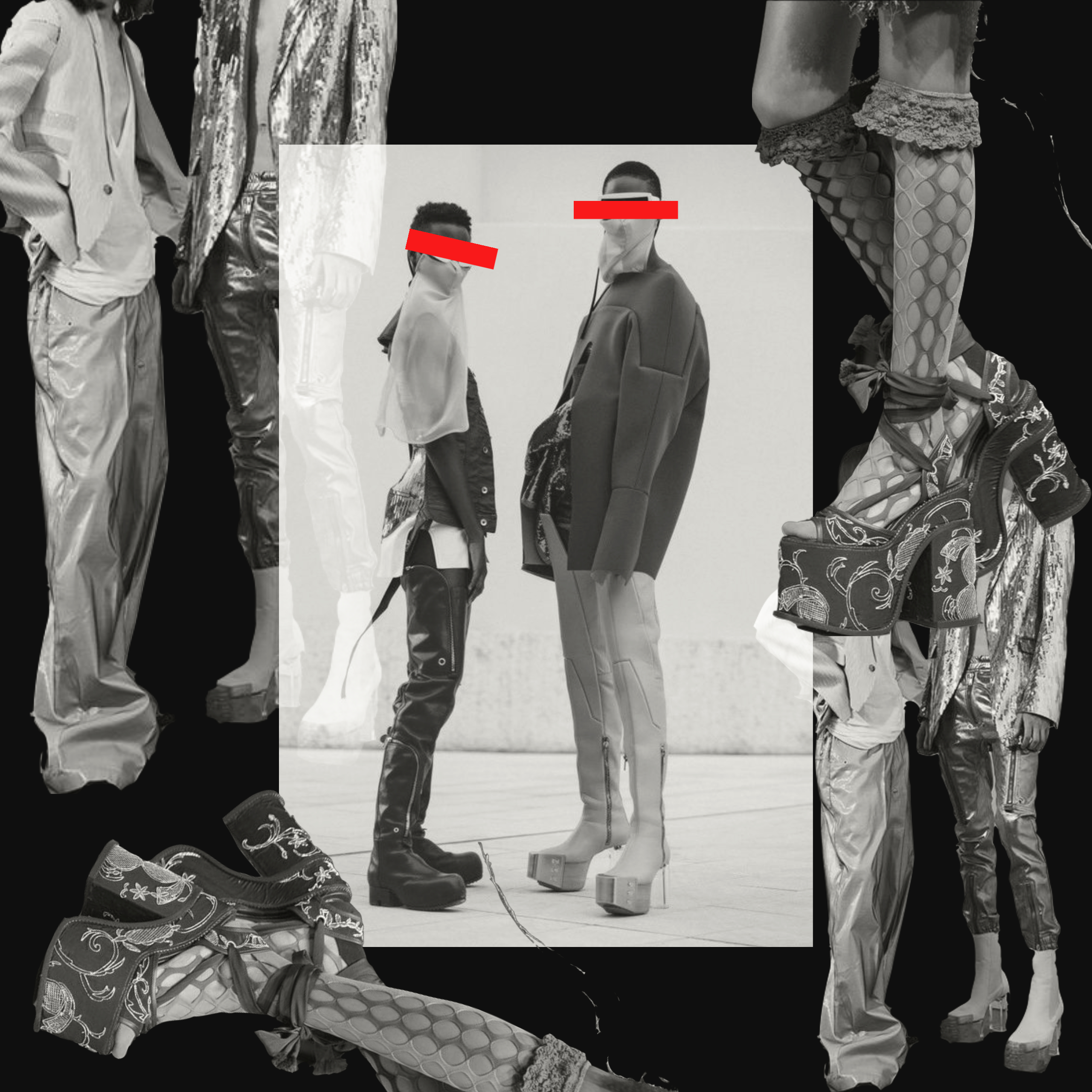 ALL POSTS, fashion, re: views of the world

Kinky Boots : A Walk Through the Tate Britain

If you have ever taken a trip to the Tate Britain, you will know that upon reaching the signs which inform you that you are starting a ‘journey through 500 years of British artworks from 1540-1650’, it’s time to gear up. Because walking around this room, displaying some of the oldest artworks in the Tate Britain’s collection, is like stumbling upon the sexual fantasy of a repressed pirate with a thing for Elizabethan ruffles and satin garters. And it is not as exciting as it sounds. Mostly portraits, from famed artists of the époque, Flemish expats, like Anthony Van Dyck, making it big in the courts of ye olde Britain. There was also in this collection an unsurprising number of unknown artists. For obvious reasons, these artists rest unidentified, due to a) historical uncertainty and b) the shame of contributing to an artistic movement as boring and inconsequential as this year’s Love Island contestants.

Art of this period is pretty sombre, essentially depicting important aristocratic figures holding symbolic pendants and showing us that Counter-Reformation religious lawyers really do just wanna have fun. Allegorical discourse abounds. Intercourse, does not. Luckily, the depiction of infants is few and far between. However, most unfortunately, the few examples that are displayed in the room are no less creepy than those I experienced- or, more accurately, those I try to forget- in the Louvre. Medieval babies were horrifying, sure. But these twinned bad boys really are not much better.

The Tate suggests that the artist, who remains (probably for the best) unknown, came from somewhere out Chester way. To that I say: Tate Britain, why are you trying to poison the masses against Chester? I can promise you, these babies are not a reflection on Cheshire county at large. Not all Cheshire babies look like that. Well. Not all. The Cholmondeley ladies’ freaky simultaneous birth situation really ought to have been kept as a family affair- far from the innocent eyes of this 21st century millennial, who was already quite iffy on the whole childbirth thing. Not doing much to convince me otherwise there. Could try harder. Maybe they ought to have reverted to the cherubic putti, after Michelangelo. Or better yet, just leave the children out of it, for christsake!

For much of the 17th century, England was in full-on Britney circa 2007 meltdown mode. Religious divide, conspiracy, civil war, the Plague. As you may imagine, much joy to transmit in the art of the period. However, when I found myself wandering around the newly opened Tate Britain this summer, something surprising and wholly fascinating caught my eye. As a good History of Art student knows: there exists a secret, unexplored hole in the space time continuum, known only to these select students. A hole which, once entered, gifts the explorer a magical twenty minute leeway when it comes to lectures, and the acceptability of arriving late when your outfit is just so damn good. History of Art is the academisation of fashion, of aesthetic appreciation and the resignation to the fact that most real adults will look at you with a primordial panic when you answer that, yes, I am studying History of Art. Art History. The study of pretty, if you will. Although, I would argue, also of the ugly, the atrocious, the utterly disturbing and entirely incomprehensible.

And thus, as one of the aforementioned atrocities- that is, a history of art student- that day I explored the Tate, wandering with not only academic, but also religious conviction, through the preordained path known as a ‘journey through 500 years of British artworks from 1540-1650’. I began to take note. Not of the oil paint techniques, the symbolic trappings of earthly existence versus the spiritual purity of nature, the bodily proportions, the striking naturalism, the format. No, no. I am not an economics student- you know, a serious candidate. Instead, I noticed the shoes.

From fashion forward pre-post-punk beaded heels, to thigh-high crimson stockings and flats, to spurred cowboy butterfly boots. A myriad of fancy footwear. I was enamored, in awe, frantically moving from painting to painting, seeking out these vestiges of fashion’s past. Who would have thought? Spiritual life, smitirual life. William Style of Langley would fit right in on the next season of Drag Race. Bejeweled, bedazzled, encrusted. Oh my! Wooden soles, cheeky side cut-outs, cuban heels. The display was staggering. How had I missed this before? How had I overlooked an entire period of fashion inspiration? Pinterest, who? Vogue? Please! All I needed to know about my next step in style was right here, hanging on a wall and staring at me with a look of pure, undiluted heraldic condemnation.

And so, in case you were tempted to skip on past this particular parcours at the Tate Britain, I urge you to give it a closer look- down, down- no, not there, you randy Protestant! Further, yep, that’s it! Look at those kinky boots! What a pair!

For those who care not to while away an afternoon staring at 500 year old white men in breeches, here’s a quick overview of some of my favourites. A fashion round-up of the kinkiest and most fabulous shoes found in the Tate Britain, 1540-1650 collection.