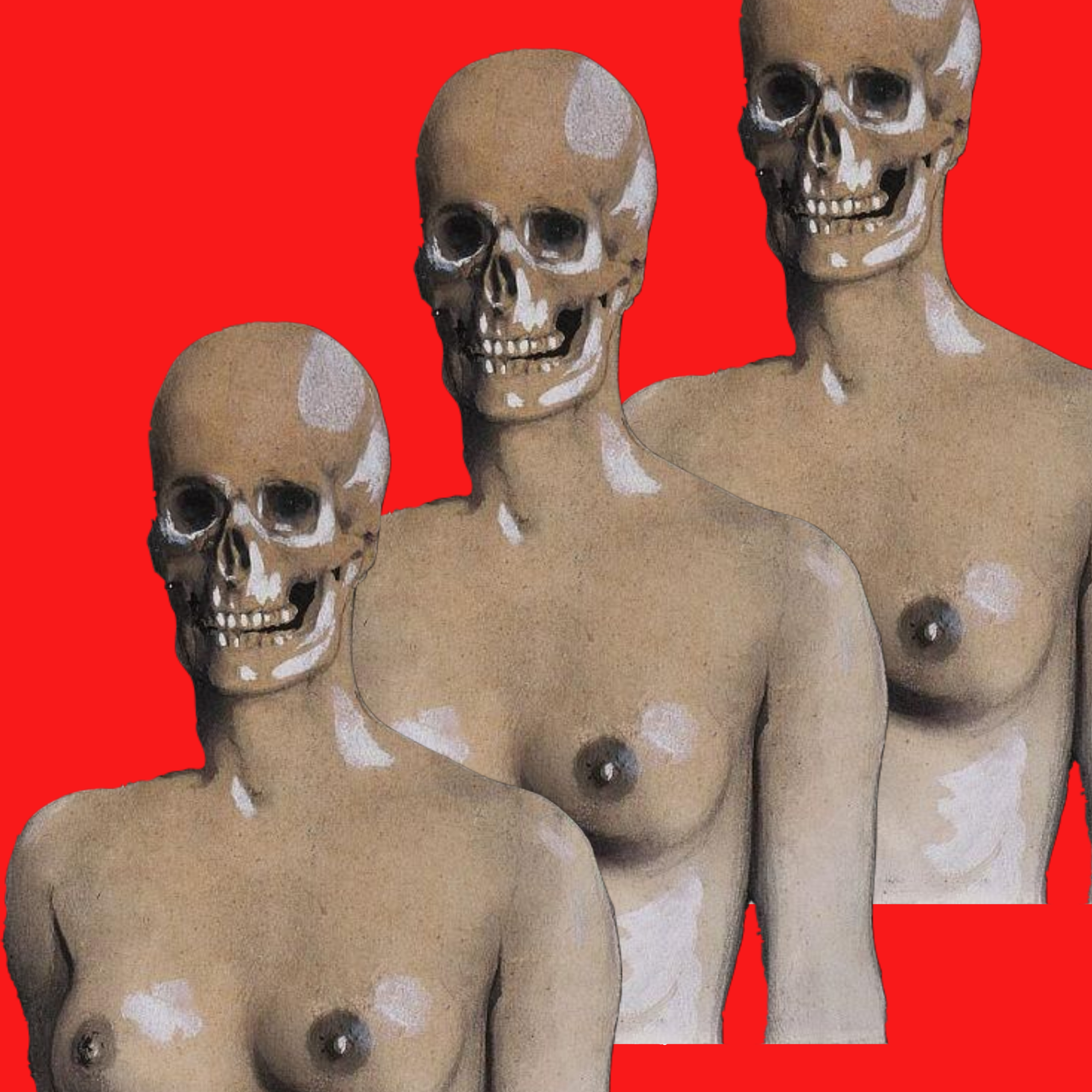 ALL POSTS, re: views of the world

Welcome back to Fairly Current. Fairly Current. Where we review fairly topical, fairly recent cultural phenomena, give or take 80 years. The operative word being “fairly”…..not “current”…. there really is no need for me to apologise about being late to the game on this one. The game being ART. Specifically Surrealist Art. Even more specifically: Female Surrealist Art. Besides, it’s time that we finally give credit where credit is due- namely to all the female surrealist artists we have been surreptitiously ripping off since we started of our blog….

The Surrealists juxtaposed elements which reason would deem irreconcilable. This meant disrupting conventional expectations and sabotaging the passive enjoyment of the spectator. Surrealism’s aim was, therefore, not the instant comprehension of its viewer, but rather to force the spectator to re-conceptualise a new and latent order of things. Weird things, gnarly things, a “Convulsive Beauty” of things that could not be appreciated through quiet contemplation alone. So, to answer your question, yes, yes it is supposed to look like…that.

Like many artistic movements, Desire is the key to understanding Surrealism. The idea of randomness and “chance” go hand in hand with that desire and their aspiration to achieve a “Convulsive Beauty”: one that is effervescent, incomplete, nonsensical and thus truly sublime. A “Convulsive Beauty” that can only be reflected in the contrasting of artistic forms: hence how we arrive at the collages of static/dynamic images with the banal/ornate. As Europe struggled with the nightmare of 1930s and 40s, male surrealists responded by busying themselves with grappling the ethics of desire, chance and free love. From the surrealist perspective, this element of “chance” had the power to metamorphose almost anything (including banal things like furniture, shop mannequins) into an erotic encounter; but especially when it involved pursuing cute bobbed strangers down the streets of Paris (see Andre Breton’s seminal surrealist novel ‘Nadja’, for details). So the male surrealists were asking big questions like “should I sacrifice love for liberty’s sake?” and “does my butt look big in this?” and “Is love just a diversion from the revolutionary struggle?” Sadly, History answered all those questions for them: YES, uh yes? and YES respectively, love is definitely just a diversion from the revolutionary struggle so please wait your turn (until the hippies rock up and we literally have no choice).

Meanwhile, the badass female surrealists were out here doing the most. And not just being muses. Not just -juggling the double burden of work/home life with alternating acrobatic and hypnotism performances- but actually using the trauma during that period to reconcile femininity and female autonomy in their art (see Frida Kahlo for details). Whilst we would all be able to recognise Duchamp’s famous fountain/ upside down urinal (spoilers: its NOT DRINKING WATER ) and Magritte’s infamous pipe (spoilers: ITS NOT A PIPE)…I invite you now to explore the lesser known surrealists…..

True fans of the blog will recognise this figure from a previous post on lockdown poetry but only NOW have we solved the mystery of who exactly this person is. I can finally reveal her identity as Sheila Legge, surrealist performance artist whose enigmatic appearance as the self-titled Phantom of Surrealism, outside the launch of the 1936 London International Surrealist Exhibition, caused quite a stir. In her pop-up guerrilla art piece the anonymous young artist donned a debutante-style white gown and covered her entire head in roses. In doing so she was re-imagining the famous figure in the Salvador Dali painting Woman with a Head of Roses of the previous year, suggesting the silent “phantom” presence of the forgotten women within the art movement. As a result, in true Pussy Riot style, she ended up overshadowing the Dali painting and the whole exhibition itself, becoming the most photographed attraction there. But Legge’s sabotage went further than this: as André Breton pretentiously officiated the exhibition’s opening , the young artiste wandered around the gallery crowds carrying with her a prosthetic leg draped in a silk stocking for comedic effect as well as a raw pork chop, which she later decided to abandon when it started to smell. I think you’ll find there is a lesson for us all in there somewhere.

There is nothing more satisfying than making a collage out of Eileen Agar’s collages. Always a combination of order and chaos, they use imagery inspired from the natural world, female pleasure, Greek mythologies and other-wordly fashion. Needless to say Agar would definitely have approved of our Contemporary Ancient Greece aesthetic over here at FairlyCurrent. Born in Argentina, Agar was trained in London but found her true calling in Paris. There she developed her eye for photography, collaging, frottaging, designing ceremonial hats, arguing with Picasso, and apparently spent a lot of her time dancing on rooftops? To me, Agar’s collages truly capture the Surrealist ideals of both “Chance” and “Convulsive Beauty”: her ability to create art by combining seemingly banal objects with serendipitous artefacts of nature (stones, starfish, seaweed, washed up by the shore) makes her work ethereal. One of the only women to be included in the 1936 International Surrealist Exhibition, Agar went on to enjoy a 70 year career becoming one of the most prolific female artists of the 20th century. Legend ?

Going on with the Debutante theme started by Sheila Legge, Carrington subverts the traditional representation of young ladies in art with her hallucinatory tales The Debutante & other stories. In it she relates her INSANE autobiography through an even more INSANE series of tales, originally written in French and Spanish. Although her oil paintings is what she is most known for, her Surrealist writing is even more remarkable and shapes out a kind of auto-fiction only made possible by her experiences. Experiencing what she did until, in my eyes at least, she reached her apotheosis, cerca. 1960 and ** literally became living art.** Without giving too much away, in a grand effort to avoid attending her own debutante ball- she eloped to Paris aged 20 with Surrealist artist Max Ernst, fled to Spain when Ernst was arrested by the Nazis, where she was sectioned following her subsequent breakdown, all the while writing poetry, eventually escaping through a marriage of convenience to a Mexican diplomat in 1943. Arriving in Mexico City, she was soon adopted by the Surrealist movement there which centred around Frida Kahlo, Diego Riviera, Remedios Varo and Octavio Paz. At last she had found refuge and inspiration, and spent the rest of her days creating work that, in the wise words of Luis Buñuel, “liberates us from the miserable reality of our days.”

The classic trajectory of circus performer to artist’s muse to artist in her own right. A childhood spent touring France with with her family’s circus troupe, Nusch was known for both her acrobatics and performative hypnotism before she caught the attention of future husband surrealist Paul Éluard in Paris. There, Nusch also became the muse of Picasso, Man Ray, and Magritte . As well as inspiring others, Nusch began creating her own surrealist collages in order to combat her nights of insomnia (hard relate). Frustratingly, these collages were only “discovered” by Timothy Baum in the 1970s and, even more frustratingly were assumed to be the work of her husband Paul Éluard!! The absoloute cheek of it!! It is high time she gets some credit of her own, n’est ce pas?

The true nerds Art Hoes among you will proudly point out that Hannah Hoch was “much more Dada than Surrealist.” Fine. I would still like to make a special mention on her behalf. Namely because her collages are so brilliant (and also because I have stolen incorporated them into my own art into the blog more times than I would like to publicly? admit). (question mark on publicly because WHO actually reads this thing anyway?). That’s right, if you lower your gaze to the bottom left of my collage, you will spot Hoch’s shoe game as the inspiration behind Glady’s strange Kitten Heel fetish , (Hoch herself being the enabler of that very Isabella Lovestory-esque version of My Strange Addiction). Hoch is also responsible for making you smile. Right. Now. See what I did she did there?

Surrealism, in my eyes, has found a new home with our Age of the Internet. If we can look beyond the influence of algorithms for just one second, then what are we left with? Chance. Because the abstract way we arrive at art now, is almost always by *chance*- , collages on Adobe, surprises on Twitter, overheard song lyrics, recommended classic films, late night Wikipedia wormholes – all these sources combine to form something just as…..surreal ✓ just as disturbing ✓just as strange✓ and just as beautiful ✓as Eileen Agar’s collages. A Convulsive Beauty? Perhaps. If the surrealist artworks we have before us are just the mere artefacts left behind from some greater spiritual quest…. then it really makes you think. How on earth did they pull this all off without Pinterest?

If your grip on “reality” is anywhere near as loose as mine, then I urge you to seek comfort in the Surrealism of our everyday interactions. Never underestimate the power of *Chance.* It is the key to all my best secrets and the answer to all your inspiration.

The exhibition Phantoms of Surrealism now showing at the Whitechapel Art Gallery in East London, is open and free to all. It examines the pivotal role of women as both artists and as behind-the-scenes organisers within Surrealism in the 1930s.